Trump complaints to the Standards Commission 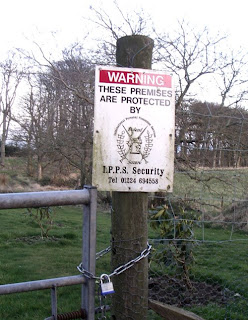 I have today received a letter clearing me of any breach of the Code of Conduct relating to the events of 22th March when Menie estate security detained me while I was visiting constituents who had raised the issue of locked gates on the estate with me.

It seems from the letter that the Trump Organisation had hoped that the English law of trespass woul apply but the Standards Commission quite properly found that "the right to detain ... a vehicle ... may have been inappropriate or, at least, excessive" - I was after all visiting constituents.

The Trump Organisation complained that I made false and defamatory allegations. The Standards Commission have told the Trump Organisation that "Councillor Storr has the right which we all enjoy to freedom of speech. The Code of Conduct takes account of this and while I accept your right to disagree strongly with Councillor Storr's comments, I am satisfied that they were not of a nature or to a degree as to amount to a breach of any part of the Councillor's Code of Conduct."

But yesterday, the Trump Organisation said that it has moved against Councillors Ford, Coull, Johnston and myself in an attempt to have us debarred from taking part in consideration of planning applications related to the development and the Compulsory Purchase Order issue. No councillor likes such complaints but I am greatly heartened by the Standards Commission finding on the first complaint and trust that this second complaint will be similarly disposed of.
Posted by Debra Storr at Saturday, August 08, 2009